Nearly a year after announcing plans to spin out its own electric bike company called Serial 1, Harley-Davidson said it will sell a “limited” number of the gorgeous, vintage-inspired models that it originally said was just a “styling exercise.”

The S1 Mosh/Tribute is an homage to “Serial Number One,” the nickname for Harley-Davidson’s oldest known motorcycle built in 1903. The bike’s design, with its white tires, leather saddle and handgrips, and sleek black frame with gold lettering, harken back to that first prototype.

But under the glossy black paint and honey-colored leather accents, the bike is identical to Serial 1’s entry-level Mosh/Cty model. The S1 Mosh/Tribute (props to Harley for keeping all the vowels this time ) has many of the same features as the Mosh/Cty, including a Gates Carbon Drive belt, Brose mid-drive motor, TRP hydraulic disc brakes, internally routed cables and wires, and integrated lighting.

The white-toned Schwalbe Super Moto-X tires are exclusive to Serial 1, and the leather saddle and matching leather grips are hand-made from Brooks England.

It’s an update that’s sure to delight many potential customers who were initially disappointed when Harley-Davidson declined to say whether it would put the prototype into production back in October 2020. But it’s also an indication that the company is leaning into its motorcycle roots by relying on exclusive one-offs and limited runs as it tries to build a brand identity in what is turning out to be an incredibly crowded and competitive space. 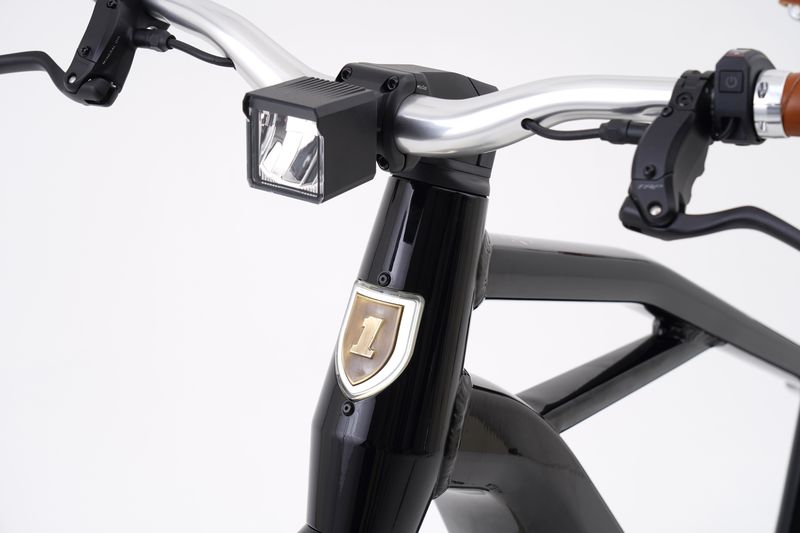 Last month, the company announced a series of exclusive, one-of-a-kind e-bikes that it was auctioning off under its 1-OFF series brand name, with the Schwinn Sting-Ray-inspired Mosh/Chopper as the first offering. (The winning bid was $14,200, which… wow.) At the time, the company said that much like in the motorcycle world, customization and personalization would play a big role in how Serial 1 thinks about the types of e-bikes it designs.

The S1 Mosh/Tribute will serve as a “springboard to launch our S1 Series that will see even more exclusive and highly-desirable Serial 1 eBike models in the future,” product manager Aaron Frank said in a statement.

Harley-Davidson said it will only make 650 units, half of which will be available for purchase in the US, and the other half in Europe. Interested customers can pre-order one starting today on the company’s website, and deliveries are expected to commence in the fourth quarter of this year.